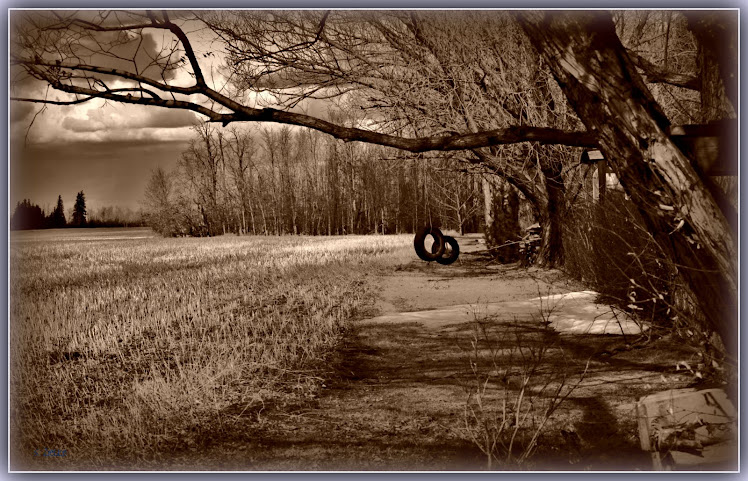 Hurrah, I am finally into the Under Chapters

Those of you who have read Martha's Vine know that the Under Chapters deal with life in The Man's camp. I decided to spend my time on Matthew's world and his people for the first 1/2 of the book. But today, I revisited The Man.

If you've never written before, then you don't know that a writer must immerse herself into a character's mind, even the villains, in order to get the right "voice." I always have a hard time mucking about in The Man's head -- some pretty nasty stuff in there... but once I get inside, and the writing begins, I like it there. The Man never fails to interest me with his cold-blooded cruelty. Are there really people like that in this world? Well, I once studied serial killers -- I was going to become a criminologist -- so I know this to be true. There are some people whose mind is as cold as hard-packed January snow.

Speaking of which, it is so good to see the snow has stopped and the sun is casting golden rays through my window.

STOP reading if you don't want to read a little snippet of an Under Chapter I wrote today:


***
THE TRUCKS raced in single file up the main highway. The Man and his guards were in the lead truck. Behind them sat a woman. Her thin body was hunched over. She stared at her manicured fingernails, and listened while her "brother" laid out his plans. She said nothing.
The truck’s driver glanced into the rear-view mirror. The woman looked up. He caught her eye and shot her a knowing grin. She stared back at him, her face as pale as her blond hair, her eyes wide with fear. With one thick finger, he tapped the brim of his cap in greeting; the cap was tattered, greasy, and worn, but a large gold ring, surrounded by a collection of diamonds, sparkled with newness. “Where we taking her?”
***
~~Sheree~~

After some serious shoveling the other day, I took some shots. 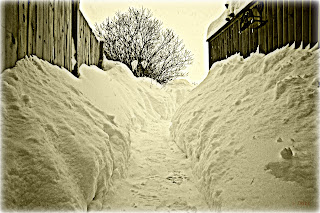